If you run during the day, you need three things – a hat/visor, sunglasses, and SUNSCREEN! When I first started out as a runner, I was terrible about those things. I would just go out sans sunscreen (I know I know I’m basically asking for skin cancer) and just run for an hour. Now, I know better. Also, I’m getting a little older and turning the big 3-O next year and have to actually start taking better care of my skin. Boo.

Prior to the BOCO visor, I had been wearing an old visor from my Triple Crown Challenge days (2015) and it had been kind of falling apart. It was fraying at the top and every wash to get rid of the sweat and smell would just make it more worn down. The visor was study, but maybe a bit too sturdy. It’d look deformed after some time. Maybe it wasn’t machine washable? Oops. 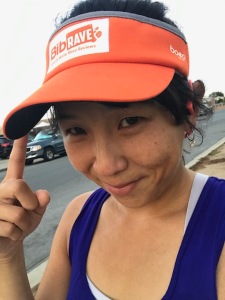 Enter the BOCO 360° Visor. This visor is awesome. It’s super soft so it won’t rub against your forehead. It has a lightweight wicking material at the sweatband that prevents sweat from come pouring down my face. This is such a plus for me. Mid-race, my eyes usually burn from all the sweat. IT’S NOT PRETTY. And honestly, everything about this visor is really soft. I love the material and even though it’s soft, after several washes, it still retains it’s shape. Seriously. It’s amazing. I’ve worn it on a LOT of my outside day runs and it saves my eyes from squinting since it shades my face from the sun. It’s also made of really breathable material so it shouldn’t cause anyone to break out in the forehead region. 🙂 Unfortunately, there’s not much more that I can say about a visor except that it’s really useful and super soft. LOL. I know. I said that already, but it really is. 😛 They also make custom trucker hats and visors too! Ah, now I want another one -_-.

So I guess I’ll just leave you with photos of me wearing it. 🙂 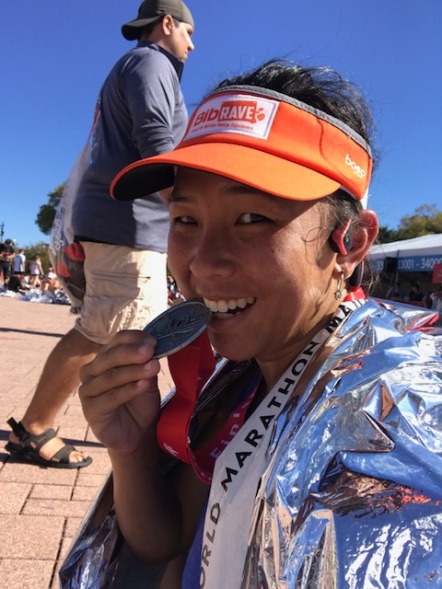 This visor kept the sun out of my face for 26.2 miles 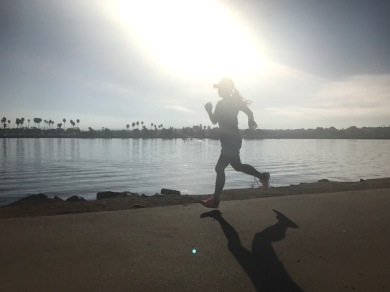 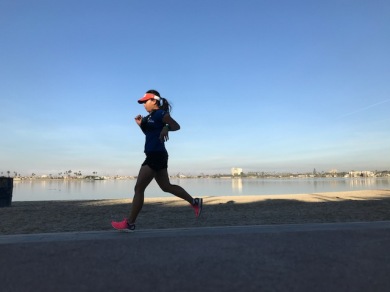 If you have any questions about how awesome this visor is, let me know! 🙂 If you don’t trust me, trust the other BibRavePros. We all had 3 months to wear this visor and the reviews are positive.

So what do you wear to keep the sun out of your eyes? A hat? Visor? Sunglasses?

Follow A Girl on a Search for Adventure on WordPress.com
Join 2,532 other followers 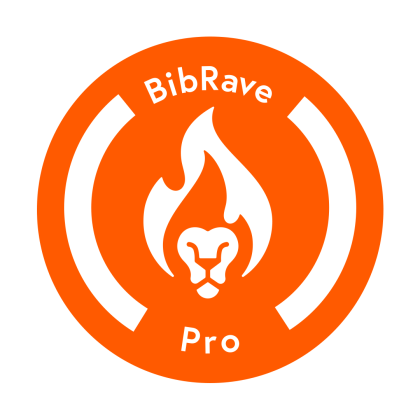 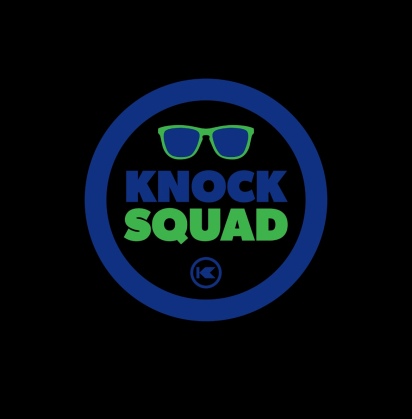